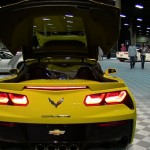 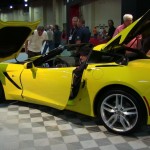 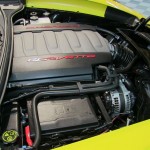 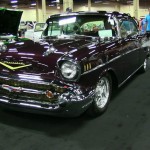 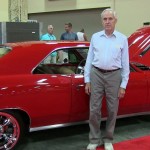 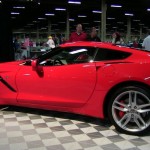 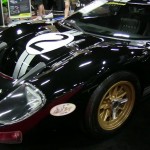 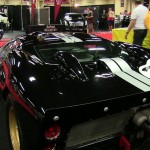 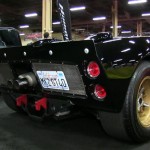 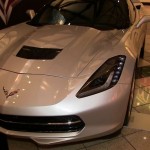 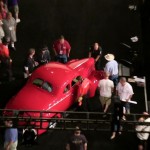 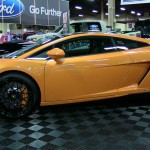 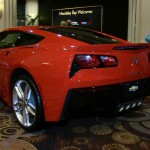 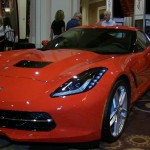 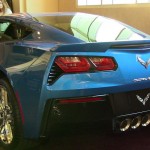 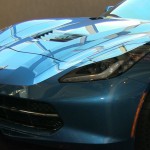 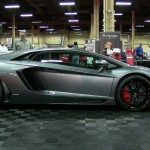 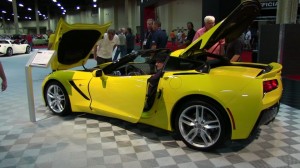 On September 26-28th, 2013, Las Vegas hosted its 6th annual Barrett Jackson The World’s Greatest Collector Car Auctions.  Held at The Mandalay Bay Resort and Casino, it featured some of the world’s most desirable and collectable cars.

In addition, there were 22 hours of live coverage on 3 networks:  FOX Sports 1, FOX Sports 2 and The National Geographic Channel.

On display were new sports cars featuring Lamborghinis, Porsches, Alfa Romeos, BMW’s, etc.  Pictured is my personal favorite, the 2014 Corvette Stingray C7, the 7th generation of the iconic Corvette.  In 1953, Chevrolet boasted that their newest model, the Corvette could go 0-60 MPH in just 11.5 seconds.  The C7 goes from 0-60 in 3.9 seconds and rockets to speeds in excess of 200 MPH.

Corvette has long had the reputation for being a car for old men; the c7 has been redesigned to hopefully appeal to the younger generations.  Although it retails at around $51,000, the first one produced sold at the Scottsdale auction in January for 1.1 million dollars.

Models Available for your next Event or Show.  Get pricing now!

Event Staff for Trade Show, Conventions, Corporate parties and other events.
Trade Show Models
Promo Staff & Hostesses for your Trade Show Booth
Pool Cabana Girls
Cabana Girls for your next pool party or event!
Play a round of golf with some of the most fun and beautiful women of Vegas.
Hire a booth model for your event
Attract clients to your event or booth
Trade show models for hire
Hire a spokesmodel for a convention
Let our brand ambassadors promote your products
Hire professional trade show models
Let our models promote your products