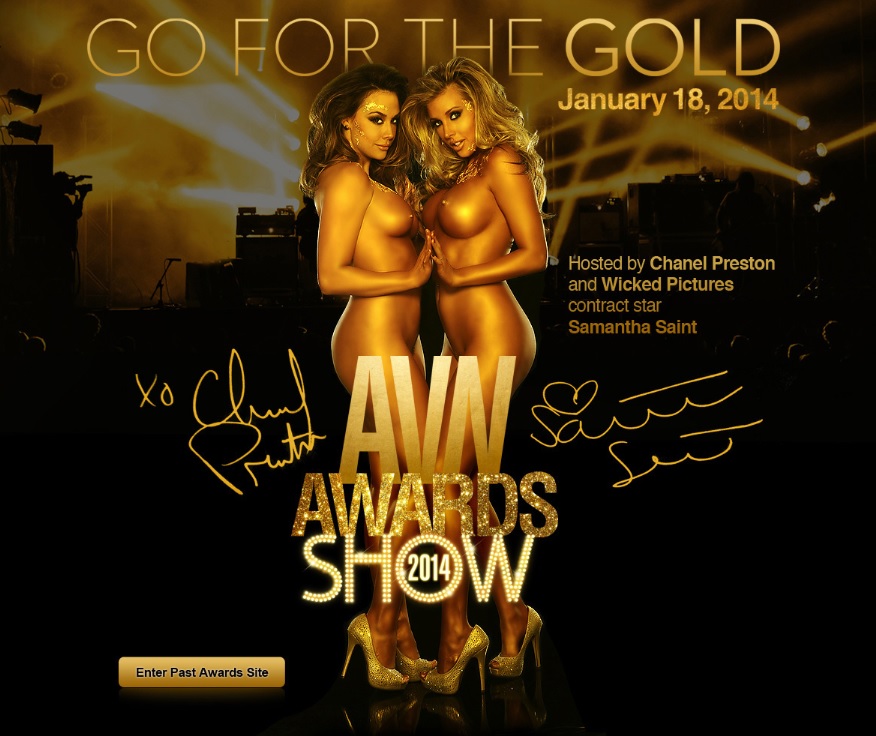 For nearly three decades the AVN Awards show has been the adult industry’s biggest night and the award itself, the industry’s highest honor. With a stylish red carpet pre-show and lavish star-studded ceremony, AVN celebrates outstanding achievements in “the business of pleasure”. Nearly 100 awards are given out in categories as diverse as Best Video, Best New Starlet, Most Outrageous Sex Scene, Best Group Sex Scene and Best Selling DVD of the Year.
The AVN Awards show takes place each January during the AVN Adult Entertainment Expo in Las Vegas and is attended by everyone who is anyone in the adult industry. Featuring mainstream comedians and music acts, the adult awards extravaganza delivers a unique blend of sexy entertainment and has been broadcast on Showtime Networks since 2008. Viewed by millions, the show has included performances by grammy-nominated artist Flo Rida, Baby Bash, Smashmouth, Lit, Lil’ Jon & the Ying Yang Twins and has featured appearances by celebrities such as Lisa Lampanelli, Dave Attell, Gene Simmons, Jim Norton, Bobby Slayton, Chris Angel, Vince Neil and more.
Dubbed “the Oscars of adult” by Entertainment Weekly, the AVN Awards is a must-attend, must-see event featuring the hottest stars from adult and mainstream pop culture.

Play a round of golf with some of the most fun and beautiful women of Vegas.

Hire a spokesmodel for a convention

Hire a booth model for your event

Attract clients to your event or booth

Let our models promote your products