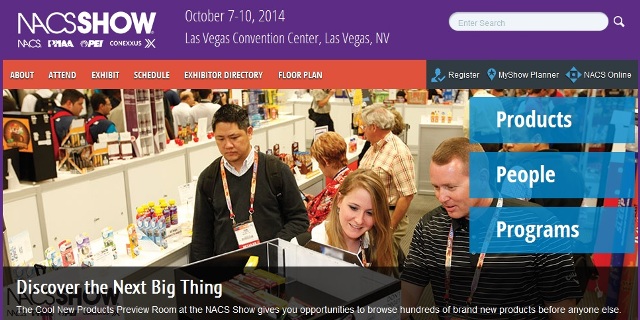 NACS was founded August 14, 1961, as the National Association of Convenience Stores. It is an international trade association representing more than 2,200 retail and 1,600 supplier company members. NACS member companies do business in nearly 50 countries worldwide, with the majority of members based in the United States. The U.S. convenience store industry, with 151,282 stores (as of December 31, 2013) across the country, posted $696 billion in total sales in 2013, of which $491 billion were motor fuels sales. The convenience retailing industry continues to be dominated by single-store operators, which account for 62.8% of all convenience stores (95,056 stores total).

About the NACS Show

Every year, the NACS Show brings together convenience and fuel retailing industry professionals for four days of learning, buying and selling, networking and fun — all designed to help participants grow and run successful operations. For industry retailers who are serious about the success of their business, the NACS Show is a can’t miss event.

As convenience and fuel retailing’s premier industry event, the NACS Show offers unmatched opportunities for buyers and sellers to come together, conduct business and learn from one another — all in an environment rich with new ideas and new partnerships.

Event Staff for Trade Show, Conventions, Corporate parties and other events.
Trade Show Models
Promo Staff & Hostesses for your Trade Show Booth
Pool Cabana Girls
Cabana Girls for your next pool party or event!
Play a round of golf with some of the most fun and beautiful women of Vegas.
Hire a booth model for your event
Trade show models for hire
Let our brand ambassadors promote your products
Hire professional trade show models
Let our models promote your products
Attract clients to your event or booth
Hire a spokesmodel for a convention