Don’t miss this great opportunity to:

NOTE: The 2014 NATO Meetings with a Mission (NATO MWM) and Opening Night Reception will be held on Tuesday, April 8, 2014. The first day of the Education Sessions and Show Floor Exhibits is Wednesday, April 9, 2014.

Spokesmodels for your Booth! 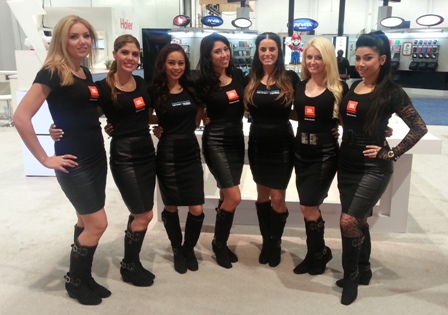 Event Staff for Trade Show, Conventions, Corporate parties and other events.
Trade Show Models
Promo Staff & Hostesses for your Trade Show Booth
Pool Cabana Girls
Cabana Girls for your next pool party or event!
Play a round of golf with some of the most fun and beautiful women of Vegas.
Hire a spokesmodel for a convention
Attract clients to your event or booth
Trade show models for hire
Let our models promote your products
Let our brand ambassadors promote your products
Hire a booth model for your event
Hire professional trade show models