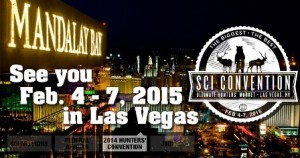 Protecting hunters’ rights and promoting wildlife conservation, SCI’s two areas of focus, historically has been the interest of hundreds of individuals long before SCI was established. But how did SCI as an organization begin?

Forty years ago, there were many safari clubs across the country made up of local, unaffiliated groups of hunters. One such was Safari Club of Los Angeles, which was formed in April 1971 by forty-seven individuals. In early 1972, an out-of-towner from a similar club in Chicago attended one of the monthly Wednesday night meetings, and it was decided that the L.A. club should attempt to combine with the one in Chicago to make it an affiliated chapter. The founder of Safari Club of Los Angeles, C.J. McElroy, went to the Windy City and instituted the new chapter.

Eleven months after the formation of Safari Club of Los Angeles, on March 9, 1972, the name was changed officially to Safari Club International. SCI continued to reach out to other independent safari clubs throughout the United States in an effort to combine them into a single overall organization.

Today, interest in SCI’s two primary missions has grown a worldwide network. Subsequent involvement and promotion of these missions is rooted in each of our 55,000 members, supported through each of our 190 membership chapters found across the globe, and put into action by government representatives and personnel both nationally and internationally.

In this way, we can encourage an appreciation for nature and wildlife so that conservation efforts remain strong, while also fighting to protect our rich hunting heritage. Big changes can be achieved through the endeavors of many who are united in a mission – the mission of Safari Club International.

SCI’s Ultimate Hunters’ Market returns to Las Vegas February 4 – 7, 2015. Next year will be The Biggest and Best, and a show no one will want to miss. Continue to check www.showsci.com for the latest updates.
Ask any member who has attended the SCI Convention, and you will likely hear, “Sensational, you have to go! It is the ultimate hunters’ market, and it’s a knockout!”

This hunter’s heaven has everything the mind can dream of, occupying nearly one million square feet of exhibit space. Six continents are under one roof where members come to book hunts, rendezvous with old friends, and shop for the latest guns and hunting equipment. Notable authorities of the outdoor sports and shooting industries attend this premier hunting show annually.

There are dozens of informative and educational seminars designed to provide attendees the opportunity to learn new hunting techniques or refine old ones, discover imaginative ways to prepare wild game, and glean tips on the best care for equipment and gear.

When the exhibit halls close, the evening fun and excitement begins. Members come together to celebrate the accomplishments of the organization, enjoy top entertainment and speakers, and bid in pulse-pounding auctions.

SCI’s Convention is the most dynamic and diverse hunting show today. You will find the most powerful buying and selling environment in the outdoor industry.

The Mandalay Bay Hotel & Casino in Las Vegas will be the headquarters hotel for the 2015 event.

HIRE A BOOTH MODEL ON YOUR NEXT EXHIBIT

Event Staff for Trade Show, Conventions, Corporate parties and other events.
Trade Show Models
Promo Staff & Hostesses for your Trade Show Booth
Pool Cabana Girls
Cabana Girls for your next pool party or event!
Play a round of golf with some of the most fun and beautiful women of Vegas.
Let our models promote your products
Attract clients to your event or booth
Trade show models for hire
Hire a booth model for your event
Hire professional trade show models
Hire a spokesmodel for a convention
Let our brand ambassadors promote your products